Auction Expired because there were no bids

Additional photos of this 2002 Honda CRF450R are available here for your perusal.

New for 2002, the CRF450R was Honda’s first production four-stroke MX bike and the lightest bike in class at the time. Dirt Bike magazine said “we loved the first CRF right out of the gate…it wasn’t the first, and it hasn’t always been the best or the fastest, but the Honda CRF450R is the poster child of American motocross. It has been almost from the day it was released in 2002.”

It took Honda five years to counter Yamaha’s four-stroke challenger (the YZ400F), but their CRF was lighter (15 pounds) and easier to ride than Yamaha effort, which was the YZ426F by that point. It was also much easier to start. The all-new motor weighed 65 pounds and featured Honda’s Unicam SOHC design.

PulpMX considers this one of the most important MX bikes of all time, profiling it in their “Classic Steel” series: “The new CRF turned four-stroke sceptics the world over into true believers overnight.”

The original owner was the owner of R-One Suspension. It was then sold to the current owner, who rode it three to four times a year. He notes that the bodywork was replaced due to sun fade, not any crash damage.

It developed an issue where the transmission became stuck in first gear, so the seller had the motor and transmission rebuilt in August. There are currently three hours on the motor. Other work includes a new clutch, new throttle/clutch cables, new brake/clutch levers, and rebuilt brake calipers with new EBC brake pads front/rear.

The suspension was also rebuilt in August. 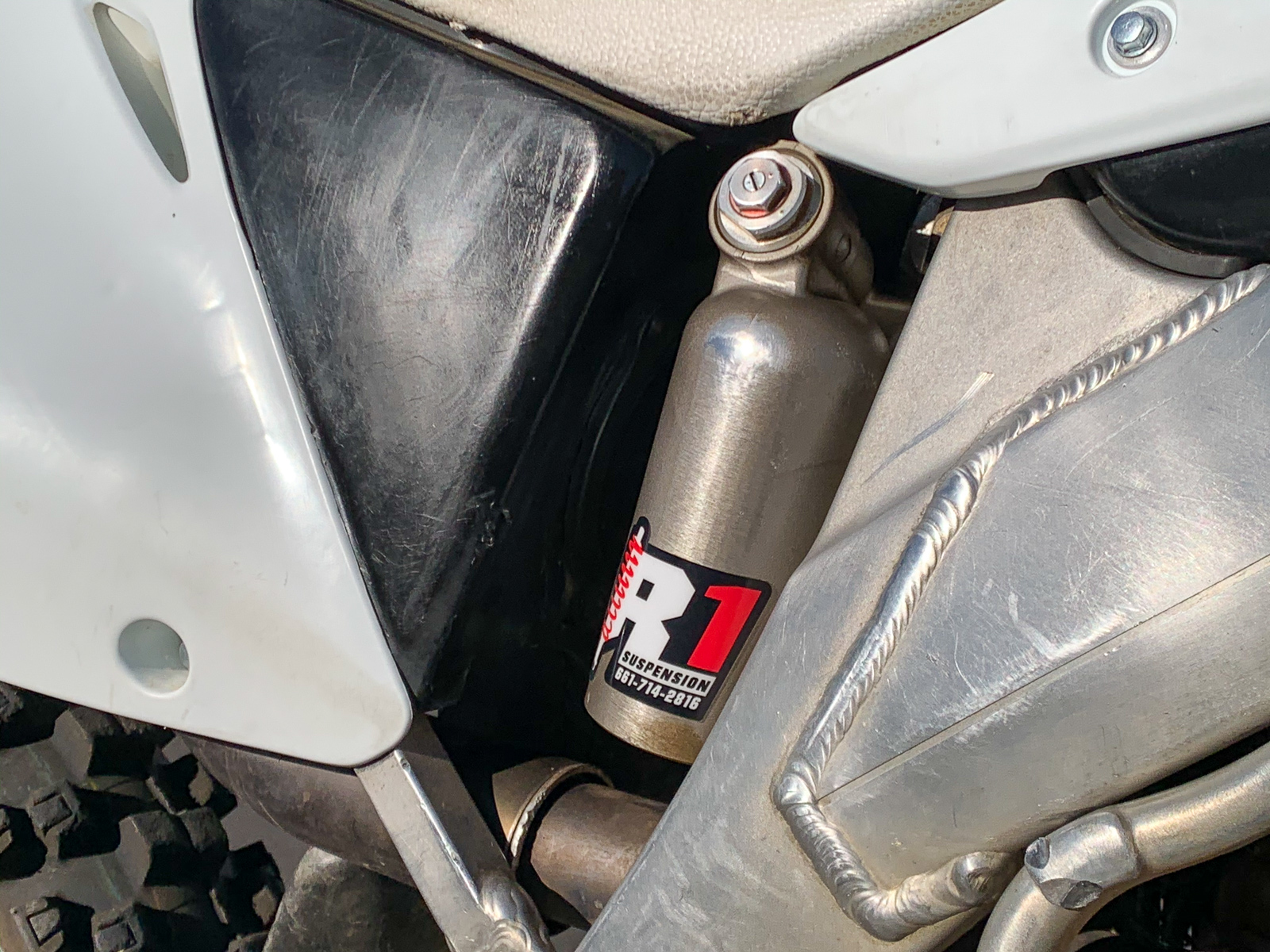 DID chain and ProTaper rear sprocket. 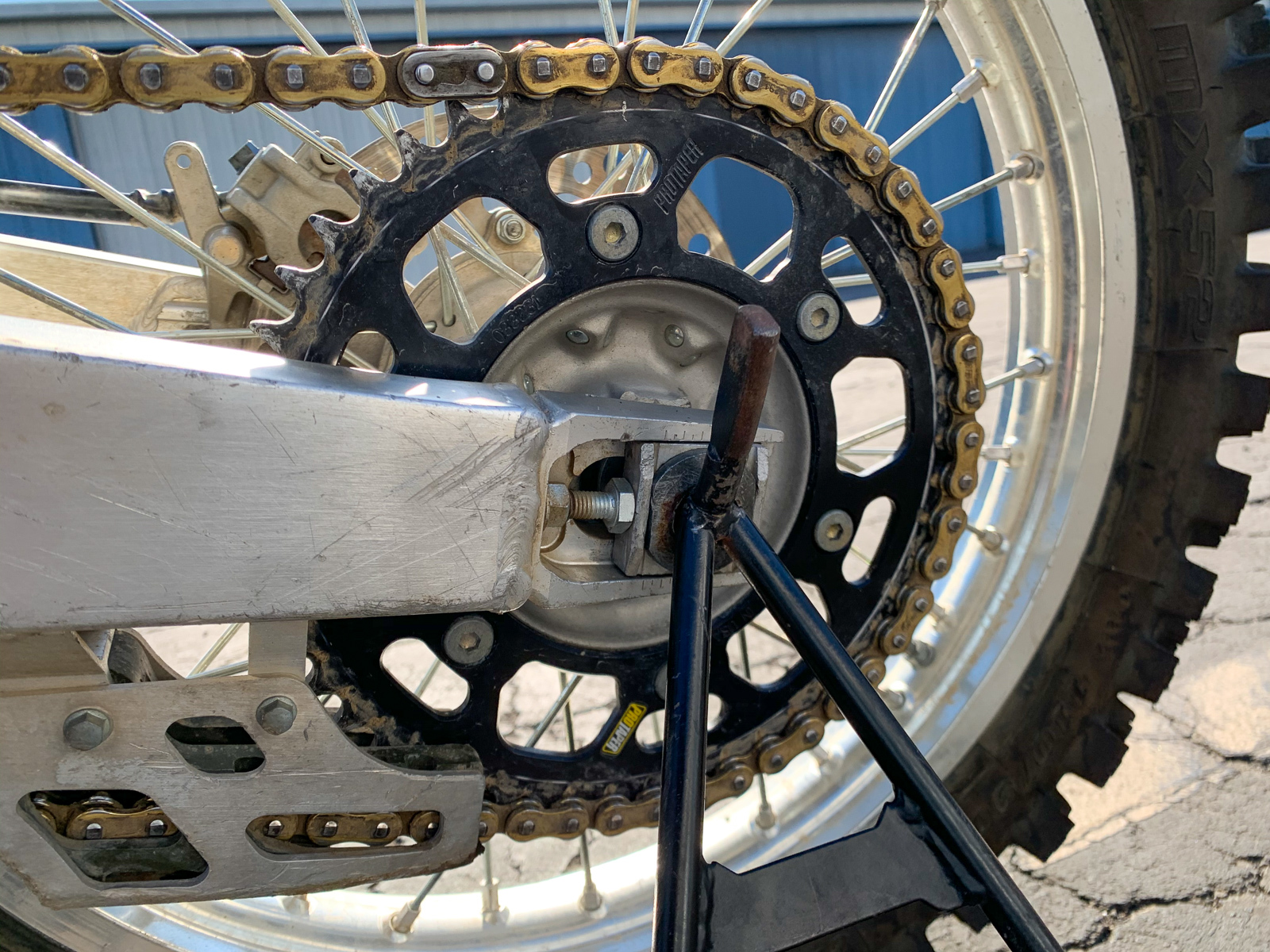 Dunlop Geomax tires with one ride on them.

Currently located at our facility in Santa Monica, California, this CRF is offered on a clean California Off-Highway title. 2002 was the only year where you could get a CRF with the aluminum frame with a green sticker for all year usage in CA.

Have any CRF stories or questions about this listing? Let us know in the comments below! 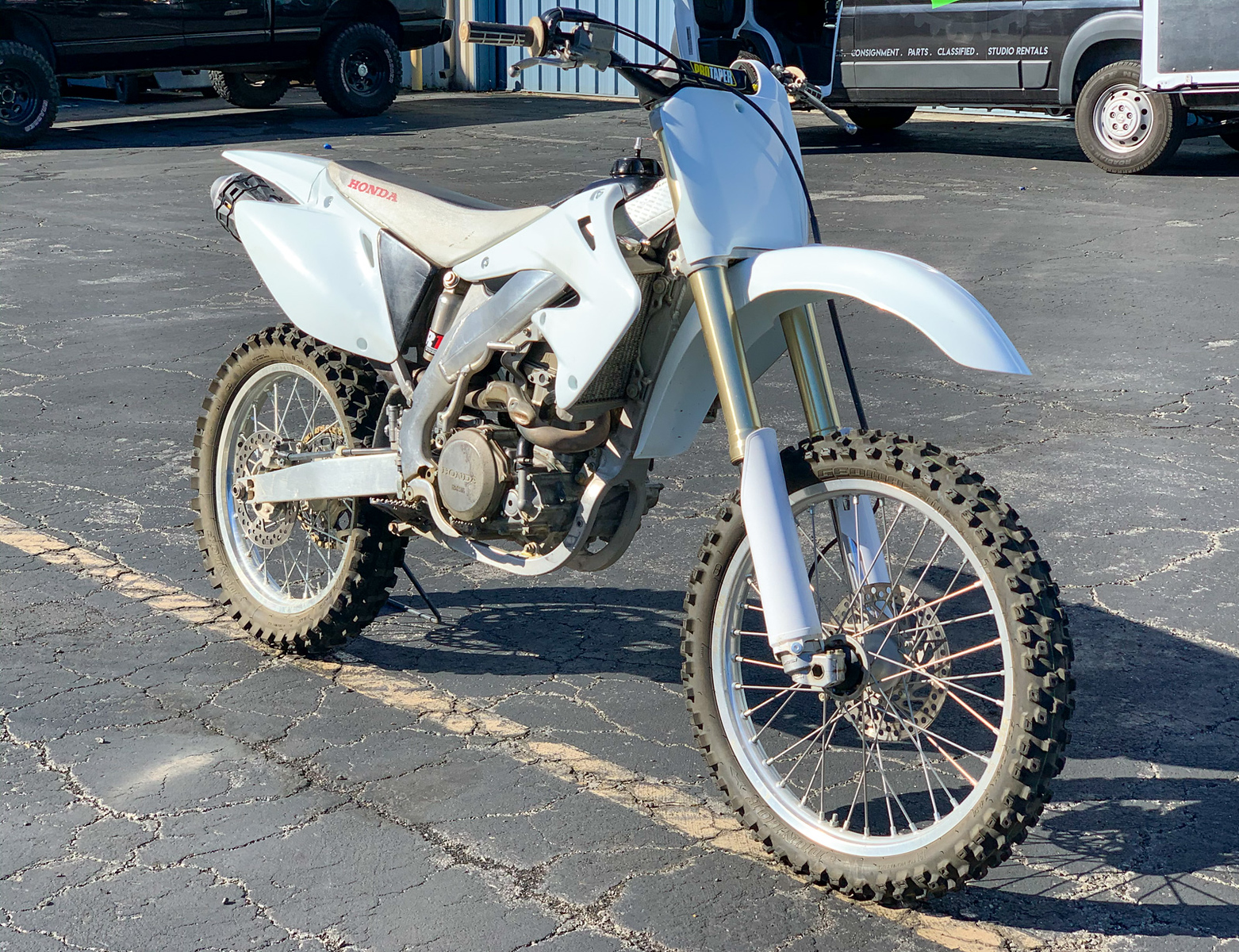 Auction expired because there were no bids.

After the auction ended, the seller accepted an offer for: $6,000.00 including buyer fees.

Continental US:
Haul Bikes will ship anything sold through Iconic for $650 in the Continental US, and Iconic will handle the paperwork on your behalf. You do not need to crate your bike or drain the gas/disconnect the battery if you go with Haul Bikes. We are glad to work with the shipper of your choice as well, but you will have to arrange it.

Southern California
On a case-by-case basis, we can transport motorcycles in our van.

Pretend this is a picture of the van

Europe and Asia:
We recommend Shippio

$1,500 for US to Europe/Asia is a VERY ROUGH ballpark, please contact Shippio for an exact quote including shipping and customs.

$1,500 for US to Australia is a ROUGH ballpark, please contact Bikes Abroad for an exact quote including shipping and customs.